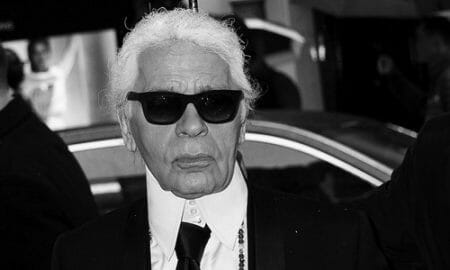 Iconic fashion designer Karl Lagerfeld, mostly known for his work with the Chanel brand, has sadly passed away at the age of 85.

Lagerfeld was the creative director at Chanel since 1983 and was part of the Italian fashion house Fendi since 1963. It is said that Lagerfeld was becoming very weak over the last few weeks and checked into the American Hospital of Paris where he passed away on February 19, 2019.

Born in Hamburg in Germany between 1933 and 1938 (he would never exactly when), the fashion designer and photographer known for his white hair and black sunglasses moved to Paris in the early fifties with his mother. Passionate about drawings, he became a design assistant for Pierre Balmain, before working at Fendi and Chloe in the sixties. In 1983, he became Chanel’s creative director and launched his own brand, Karl Lagerfeld, in 1984.