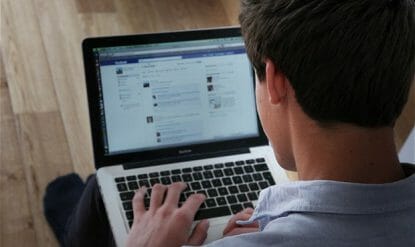 The study from the University of Ulster in Northern Ireland had 350 students complete a survey about their levels of social networking activity and physical activity. According to the survey, most students used social networking sites for one hour, on average, each day, and about half of the students rated themselves as “moderately active,” one-third said they were “highly active” and 12.7 percent reported “low physical activity.” About 25 percent of the students surveyed said they played team sports.

However, after researchers fully examined the information, they found that the time the students spent on social networking sites actually cut into time they spent being physically active. They also found that the bigger fans of Facebook were less likely to play team sports.

“Time is a finite resource, so time spent in social networking must come at the expense of other activities. Our study suggests that physical activity may be one of those activities. Our findings are intriguing, but we have not conclusively demonstrated that social networking causes lower levels of physical activity. We will need to carry out more research to see if it really is a case of Facebook makes you fat rather than Twitter makes you fitter.”

Save Facebook for the end of the day, when it’s no longer a distraction from your daily responsibilities and healthy lifestyle choices!

More:
Facebook: It May Be Time to Start Unfriending
Is Facebook Ruining Your Chances of Landing a Job?