My Journey To Health; It’s Not Easy 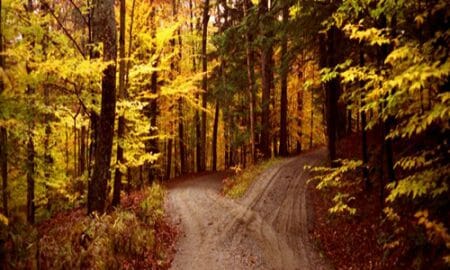 Last week I got on the scale.  Some healthy experts say that you should weigh yourself daily, I disagree with this.  You see it is also true that you can weigh about two pounds different on a daily basis because of fluid intake and so I purposely stay away from the scale.  I want to see progress not a yo-yo effect.  When I got on last week I found that I had lost 25 pounds.  25 pounds is a good thing but it takes a lot out of me to get these results.

The last several weeks I have been full of self doubt and self hatred.  I stopped writing because I believed in my heart that I no longer had anything to say.  I believed that I had no talent for saying things that I needed to say.  I would look at the computer on my desk and a sense of dread would come over me as well as the feeling that I was no good and could never be any good to anyone.

Today I am at my desk typing wondering if I have anything to say that people want to read or should read.  Is there a part of my story that resonates with people or at least one person?

I am still eating a mostly vegetarian diet and still exercising about 6 days a week.  I had a small setback last week as my foot doctor told me that one of the bones in my left foot is out of alignment.  I have to wear a boot for 3 weeks and he had told me to stop exercising.  I stopped for a couple of days and asked him if I could exercise in the pool as long as I stayed off my feet.  He agreed and now I float in the pool and do jumping jack motions in the water which actually works out the top and the bottom of my body so it is a more complete work out and it is good for my cardiovascular system.

Lately I have found that many things make me sad.  I watched the movie BELLS ARE RINGING last week with Judy Holiday and Dean Martin.  I realized during the film that I had never known what has happened to Judy Holliday.  I instantly believed she simply stopped working.  Possibly to raise a family or maybe just to get away from the craziness of Hollywood, but that was not the case.  Judy died in 1965 from breast cancer, she was 43.

Miss Holliday was an amazing comic actress and singer.  Her timing was perfect.  She is most remembered for the film BORN YESTERDAY, but she also worked with Tracy and Hepburn in ADAMS RIB and starred in THE SOLID GOLD CADILLAC.  She could go from dumb blond to sophisticated lady in a heartbeat.  She was an amazing talent and was taken too soon.

In BELLS ARE RINGING she sings a song called THE PARTY’S OVER.  It is a song that she made famous but has been recorded by both men and women over the years.  The song tells of the end of a relationship.  It make the point all things come to an end and the “the piper must be paid.”  She would die a few years after making that film.  Her party ended.

After reading about her short life the movie just stopped being funny for me.  All I could think of was that she was gone too soon.  My brother and my nephew also left us too soon.  It seems that God has a way of timing things that make no sense to us and yet in everything He does there is a reason it’s just not ours to see on this side of life.  Sometime I wish God would tell us why at least once.

Along with the bone that is misaligned in my foot my legs have become numb up to my knees.  This is not much of a problem now but if the numbness continues to progress I do not know what my future holds.  My hands continue to have tremors and sometime the whole left had side of my body will shake almost violently if I am really upset or frightened.  The medications that I take, a total of eight but some of them are twice a day, continue to have side effects that are truly horrible to deal with.  I am tired all of the time and have recently been diagnosed with sleep apnea.

I find I am becoming more afraid.  New places and new people frighten me a lot.  Many times I will not go some place because I don’t know it or am afraid to drive where it is.  Fear can rule my life and I have missed a lot that I shouldn’t have.  The fears are not grounded in any reality, but the emotion is strong and paralyzing.

My depression lives on.  It is painful and hard to deal with.  An overwhelming sadness that at times becomes so severe that I stay in bed and hope to sleep all day.  It is only in sleep that pain goes away and I find I have happy dreams…sometimes.

This is much of what I live with but not all, some of the detail is too much for public consumption.  I do pray regularly that God would take me.  He takes the good hearted and the talented and leaves me behind a broken mess of a man who has to fight to find hope every day.  This is the road I am on.  This is my journey to health.  This is the cross I am being asked to bear.

We don’t choose some things in life.  We choose how to react to them.  I have chosen to fight and I have chosen no matter how hard it gets, that there is a happy ending and I have something to say.  As I type this last sentence by left hand has begun to shake just short of violently, hitting the keys is hard to do and I have to concentrate to make this work.  The fight goes on.

This entry was posted in Exercise, Health & Fitness, Lifestyle, Wellness