My Journey To Health, The Wizard of Oz 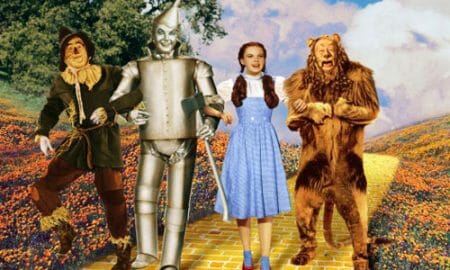 You may be wondering what The Wizard of Oz has to do with a journey to health, well I’ll tell you, just not yet.

I have started this column with the idea of always telling the truth when it come to what I am going through.  In Monday’s column I wrote again about depression which has let up a little bit but not much.  So today, though I am struggling to write something positive, in truth my heart is heavy and I feel confused and a bit lost.

The second thing to be honest about is since Friday I have had a set back with my diet.  As a family we went to Shady Maple a huge buffet type restaurant in Lancaster PA.  And by huge, I mean the buffet is about half the length of a football field one quarter of it devoted to desserts alone.  My not eating sugar just went out the window. I have not been able to get back to a good eating pattern since, but I will have by the end of today.

Now as for The Wizard of Oz.  Most of you know the story of Dorothy, who is swept into the Land of Oz when a tornado blows her house away.  When she reaches Oz she has killed the Wicked Witch of The East as her house dropped on the witch.  Dorothy wants to go home, but she is told the only way for her to find her way there is to see The Wizard, who lives in the Emerald City.

Dorothy begins her journey to see the wizard by following a road made of yellow brick.  On her way she makes three friends, The Scarecrow, who needs a brain, a Tinman who needs a heart and a Lion who needs courage.  She suggests to each that The Wizard may be able to help them as well, and they join her.

Through many struggles Dorothy does meet the Wizard, she kills the Wicked Witch of the West and finally is able to get home.  If you have seen the MGM film version you know it ends with Dorothy waking up and that her whole adventure had been a dream.  In the book, however, Dorothy comes home from Oz wide awake, eventually going back to Oz more than once until she finally settles there.  There are more than a dozen Oz books.

CS Lewis wrote, “Someday you will be old enough to read fairy tales again.”  What Lewis is saying here is that there is much to learn from Fairy Tales if we allow ourselves to see it.  When L. Frank Baum wrote The Wizard of Oz, he wrote it because American children didn’t have their own fairy tales and he wanted to fill the gap.  Almost every culture has its own fairy stories but The United States being a culture made up of different cultures had none of its own.  The Fairy Tales of Europe and Britain had centuries behind them, America is just getting started.

Every fairy tale has something to teach, much of it at a more subliminal level then what is on the surface.  Snow White and Cinderella are not so much about the girl getting the guy as how much the characters change, and at the same time remain virtuous, despite the evil people around them.  So it is with The Wizard of Oz.

If you are familiar with the full story of The Wizard of Oz then you already know that the Scarecrow had a brain, in fact he was probably the smartest one in the bunch.  The Tinman had a heart as he knew how to love and The Cowardly Lion had courage because he faces his fears no matter how afraid he is.  And Dorothy had the ability to go home, but she had to learn about herself first.

You see it is the same with me.  I have the brains to become healthy, even if at times I feel worthless and stupid,and I have many times like that.  I can love others as love isn’t a feeling it is a choice.  Love is very much a verb, it is something that we do, not some affection we feel.  Feelings fail us all the time.  Love is not a feeling and therefore it cannot fail.  Courage, there is a major misconception about courage.  Most of us think that having courage means you are not afraid.  Fear is not a bad thing.  It is a warning that what we are about to do may not be wise, but it is our brains that decides what we do.  So courage is walking into something that we are afraid of, but doing it because it is good for us or because it is good for others.

Courage is not the absence of fear but the ability to face the fear and do what’s right.

Dorothy, throughout the story grows up, little by little, until she finds the power to go home.  We all have to continually allow ourselves to grow.  Many people come to a point in their lives where they say “enough, I’m done.” But those people tend to be the ones that become the crotchety old folks that most people avoid.  We have to grow to continue to live.

In front of me is more of the yellow brick road.  Right now, I feel pretty beaten up and companionless.  I have my dog, so like Dorothy I will continue along the road and hope that God will send companions to walk with me.  I still have the responsibility to grow, not outwardly, but inwardly.  Here is where courage must come in.  I must utilize a brave heart.  But that’s another story.

This entry was posted in Life, Lifestyle, Wellness