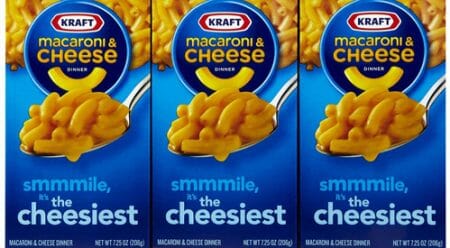 (PCM) Kraft Foods has issued a voluntary recall on approximate 242,000 case of it’s Kraft Macaroni & Cheese claiming that they could be contaminated with metal. The recall effect approximately 6.5 million boxes in total.

Specifically, the recall includes only the 7.25 ounce boxes of the original flavor which were shipped to stores in the U.S. and Puerto Rico, as well as some areas in the Caribbean and South Africa. The affected products have a use by date of September 18, 2015 thru October 11, 2015.

The company goes on to say that the potentially contaminated boxes have a C2 printed on the bottom and some boxes could have ended up in multi-packs that have varying codes. In a statement Kraft says “Consumers who purchased this product should not eat it”.

Thus far, eight customers have filed complaints about the product, but thankfully there are no reported injuries or illness at this time.