Ladies Looking For A Quick Buck? You Can Sell Your Used Panties Online! 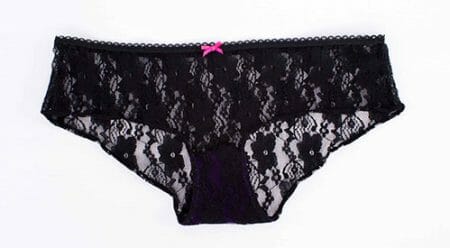 (PCM) Ladies who are search of a way to make a few extra bucks will be surprised to learn that there is a whole online market dedicated to the buying and selling of used or soiled panties. As disgusting as it sounds, many women are making thousands of dollars just by selling their unmentionables to the highest buyer.

In fact, one woman in particular is making headlines after she wore the same pair of panties for three weeks straight (yuck!), but ended up selling them for the price tag of $5,000. If you can get over the yuckiness of it all, that is truly not a bad amount of money despite it being pretty gross.

The woman says she signed up through the website, Sophia Gray, which calls itself an online marketplace for “lovingly used underwear”.  Whatever that means! The woman noticed that others were making pretty good money off of the website and says she tries to list at least three to four pairs per week. In addition, to the $5,000 she made for wearing the underwear for three weeks for a client, she has made close to $4,000 in the six months that she has been using the website.

She claims that she would never do the whole three week panty wearing thing again, however she will continue to list on the site. She also says that buyers will know if you cheat so it’s not worth it, as apparently they are experts with their merchandise.