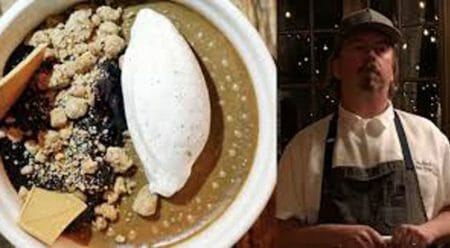 (PCM) Famed Los Angeles chef and former Top Chef Masters contestant Neal Fraser partnered up with McDonald’s in So Cal and together they duped a bunch of food writers into eating a gourmet meal that was created using McDonald’s ingredients.  The writers were “lovin’ it” at first, as they were told to tag images of their food on Instagram with the hashtag #ATasteOfSoCal, however after the big reveal many removed both the hashtag and the images.

The prank was conceived by a Southern California McDonald’s franchise and was given the go-ahead from corporate, as McDonald’s operators were listening and watching the food writers eat their meals through the use of hidden cameras.  The writers were invited to the event that took place at the incredibly fancy The Carondelet House, however despite the fancy setting many began to suspect something was up a few courses into  their meal, as it was not what they were normally used to from Chef Fraser.

While the soup made from McDonald’s guacamole did not go over so well, the writers did appear to enjoy the burger-patty spicy meatballs, bacon-wrapped chicken and the coffee custard with blueberries and maple crumble. While some of the writers were angered over the prank, others took a more light-hearted approach and said that if they went to McDonald’s and got food like this, they would go more often.