My Journey To Health, Sugar Free 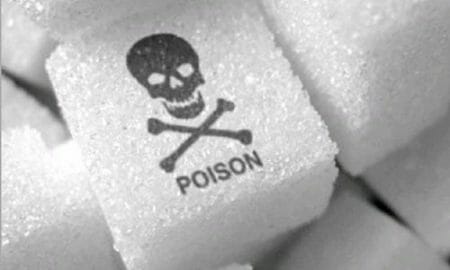 I don’t want this column to sound like an ongoing session of whining, and so let’s talk about the legitimate troubles of stopping sugar.

I Think the first one has to be restaurants, and for me that means fast food.  I love McDonald’s and if all of us were honest we would almost all agree.  It’s funny that many people say how bad the food is there.  A few blocks from me there is a Burger King, a Boston Market, a Kentucky Fried Chicken/Taco Bell, and an Arby’s as well as a McDonald’s all on the same block.  However it is only McDonald’s that ever seems to have a long waiting line. In the rest you are in and out in a few minutes.  This food is hard to give up.  For now it’s once a week and no soda or dessert is purchased.

Going to the market is hard too.  My supermarket has a great bakery, to be honest it has the best donuts I have ever had and I have congratulated the donut maker several times.  They a make a dessert called a chocolate bomb that should be illegal.  And what is also in the bakery?  All the really good whole grain breads.  I have not touched a morsel of the sugar filled treats but my eyes get bigger whenever I walk through the place.

Then there’s Juice.  I have always loved juice.  Not the things like HI C or Hawaiian Punch but fruit juices like grape, white, grape and apple I also have a weakness for Lemonade, but all of that is gone.  It truly is not much better than sugar and it must be let go.

I have found some alternatives though.  A couple of years ago I fell in love with frozen lemonade.  While going through the frozen food department of the store I noticed frozen strawberries.  I bought a bag as well as a bottle of Simply Lemonade and put both in the blender.  Now that is frozen strawberry lemonade.  I have modified this a bit by putting the frozen strawberries in the blender and some real lemon and a bit of Blue Agave.  This is exactly the same and my understanding is that lemon juice is ok to use.

I have also found that frozen cherries a bit of Blue Agave, milk and two teaspoon of cocoa powder in the blender makes a great shake.  These are satisfying alternatives that I really enjoy.  The shake is very filling to.  I had one by itself last week and did not get hungry for hours.

No, this road has not been easy, but I will not give up. Time will change my tastes as well as allow me to discover new ways to eat and to be satisfied.