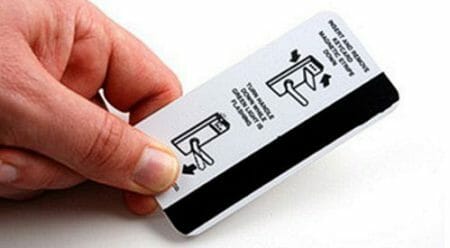 (PCM) One Redditor’s husband has posted quite an unsettling video online showcasing the complete lack of security when it comes to motel keycards. While staying at a Rodeway Inn near Gallup, New Mexico, the woman’s husband and his friend were shocked when while they were lying in their beds getting ready to go to sleep, another guest barged into their motel room using a keycard.

The incident made them question the motel’s security policy when it came to keycards and when they questioned the front desk they were informed that the other guest must have been given a “master” keycard by “accident”.

The guests found this information to be a bit fishy, as how could you accidentally make a master keycard? It seems that the actual situation is that the default keycard is a “master” and because of laziness at the front desk, the keycards handed out later in the evening were not programmed for an individual room.

The two men put the theory to the test the next morning and using the room keycard that was issued to them for their particular room, they were able to open the doors of at least three additional rooms at the motel. That is just terrifying, as it is a huge safety concern for not only guests at the motel, but keeping their belongings safe while they are out and about as well.

Thus far there has been comment from Rodeway Inn’s parent company Choice Hotel’s about their security policy or keycard programming, however the video of the incident is quickly going viral.