Researchers Take The First Steps To Creating An Artificial Womb 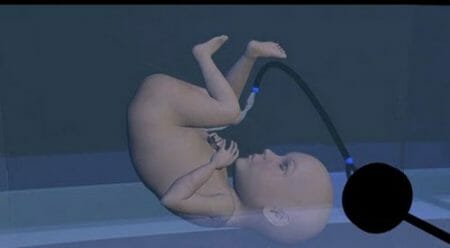 (PCM) There is already controversy brewing surrounding the news that researchers are well on their way to creating the world’s first artificial womb. The news sparks many debates over the issue of science and technology taking over for human life and the interaction between mothers and their newborn babies.

For many years little was known about the first few weeks of an embryo’s development inside of a woman’s uterus, however researchers have now discovered a way to watch fertilized eggs begin to grow and develop. Recently, researchers at Rockefeller University were able to watch and raise human embryos for a period of thirteen days.

Thus far, thirteen days is the only amount of time that is ethically allowed for human embryo growth and development for research purposes. That small amount of time, however, provided researchers with a plethora of knowledge and information and they learned that an embryo does indeed contain it’s own genetic instruction manual to aid in the development process. They found this information is not shared with the mother until much further along in the pregnancy.

This new information opens the door for researchers to explore various options for human growth and development that would no longer be dependent on a human womb. While it does raise quite a few ethical questions about the bond between a mother and child, it also opens doors for women who are unable to carry out pregnancies due to certain physical ailments.

The way it would work is that a woman’s fertilized egg would be implanted into a lab-created womb which would contain all the vital nutrients needed for the developing fetus, including an artificial placenta and amniotic fluid. Parents to be would also have the ability to control their child’s gender and physical appearance, as well as, certain desirable genetic traits.

This all certainly sounds like something straight out a science fiction novel and brings up the age old question of whether or not is okay for researchers to play God in the name of science.