Florida Paramedics In Trouble For Taking Selfies With Unconscious Patients 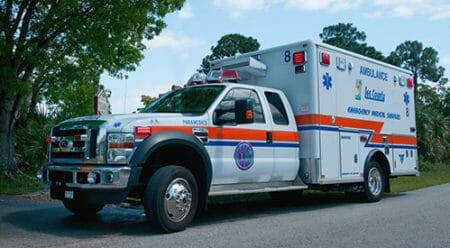 (PCM) Several Florida paramedics are facing disciplinary action after being accused of snapping selfies and short video clips with unconscious patients inside of an ambulance. It seems that the “former” paramedics were engaged in a “selfie challenge” where they would each attempt to outdo one another with who obtained to more disturbing patient selfie.

Authorities claim that majority of the  patients were intubated, sedated or otherwise unconscious at the time the selfies were taken. Thankfully the situation is not being taken lightly, as it is a huge invasion of patient privacy. One of the paramedics was charged with two counts of interception and disclosure of oral communications, which happens to be a third degree felony.

Another paramedic faces seven counts of the interception and disclosure of oral communications charge, in addition to one count of misdemeanor battery.  The battery charge is due to the fact that he forcibly  held open an unconscious patients eyelid to snap the image in question. There was also an incident with an elderly patient where her breast was exposed in the image.

Authorities identified forty one patients in the photos and claim that two have passed away since the time of the incident. Some patients appear to have willingly participated in the “selfie challenge” and others have been identified as being homeless.  The victims all range in age from 24 to 86 years old.