Is It Possible That Gluten Sensitivity Doesn’t Exist? 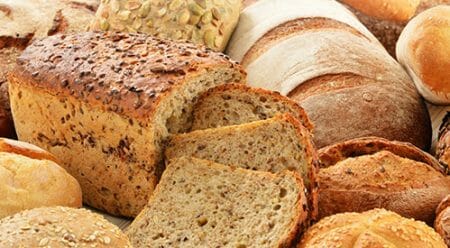 (PCM) It seems now that the very same researchers who discovered evidence of non-celiac gluten sensitivity have recently discovered that it actually doesn’t exist. In fact their new findings are completely opposite to what was initially discovered. The researchers completed a follow-up study to the one that was completely back in 2011 that founded the theory that diets that contain gluten can be the cause of gastrointestinal distress in people without celiac disease, which is an auto-immune disorder fueled by gluten.

Gluten is a protein that is heavily present in food such as wheat, barley and grains. After the news of the findings back in 2011 that gluten could also cause health issues for people not suffering from celiac disease, the gluten-free food industry skyrocketed. Sales of gluten-free products could hit $15 billion by 2016, while on 1% of Americans actually suffer from celiac disease, nearly 30% are keeping a gluten-free diet.

The gluten protein is found in any normal diet for the average person, so researchers, no satisfied with the initial theory that gluten was the culprit behind the gastrointestinal problems that many people were suffering from decided to test the theory once again. Those who participated in the new research study were given  high-gluten, low-gluten, and no-gluten (placebo) diets, without knowing which diet plan they were on at any given time. In the end, all of the treatment diets – even the placebo diet – caused pain, bloating, nausea, and gas to a similar degree. It didn’t matter if the diet contained gluten.

The new study speaks for itself in proving that there was indeed no precise correlation between consuming gluten and suffering from gastrointestinal issues. In fact there could be other dietary triggers that have been wrongly interpreted as gluten-sensitivity that are the ultimate cause of the person’s gastrointestinal distress.   So, be careful of falling on the gluten-free bandwagon as the cause of your gastrointestinal issues could just be all in your head.