My Journey To Health, Books 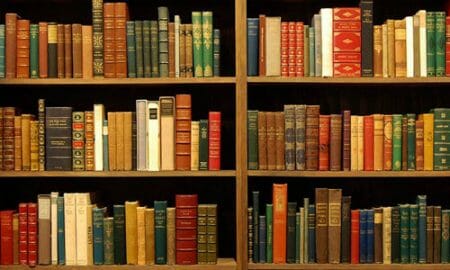 Books are the probably the most important item that I use in my journey to health.  I have mentioned several books while working on this column since the beginning of the year, I have never talked about their importance.

When I was in first grade my teacher Sister Joan Marie was worried about how badly I was coming along in my reading skills.  She encouraged my mother to buy me comic books.  My mother took that advice and in so doing opened up to me world after world of adventure, science, history, romance, horror, mystery, discovery and the list could go on forever.

Comic books back in the 1960s had gotten a bad name mainly because of Senator Joseph McCarthy’s unrelenting scare tactics to rid the world of the communist threat in the 1950s.  Slowly the industry would regain its good reputation, but not in suburbs of Philadelphia in 1967.  Letting comic books into the house was almost equal to pornography, but a nun had made the recommendation, my parents had no choice.  And I thank the good sister to this day.

It took a long time for my reading level to get where it should be, but by the eighth grade I was moving a long quite nicely and I had a collection of comic books to prove it.  For me, though, comic books would be a stepping stone to a world that I would begin to find more and more fascinating.

Comic books would regularly refer to classic literature.  There were many references to Shakespeare, Lewis Carol, Charles Dickens, Herman Melville, Jules Verne, and Mark Twain.  There were even some comic books that told some the great novels in such a way that a kid could understand them.

It was while reading the quotes from various classics that I began to get interested in where those quotes came from. So I began to read.  I read all kinds of things.  I found delight in Barrie’s original Peter Pan.  I tried to understand Hamlet and Lewis Carroll and many others.  Before he was really popular, I got lost in Roald Dahl’s Chocolate Factory, and wanted to run away and live in a tree with the hero of My Side of the Mountain.  I was hooked and it never left me.

Because, of the writings of John Eldredge, amongst others, I found that fictional stories can have great truths in them.  And so I saw the deeper lessons of The Wizard of Oz and The Lord of the Rings.  I found many hidden truths in, perhaps my favorite book of all time, Charles Dickens’ A Christmas Carol.  I went so far as to write my final project for my psychology degree on using fiction in therapy.  A Christmas Carol figured prominently in my paper.

In fact I want to take a moment here to say thank you to my favorite and my best English teacher as well as one of my home room teachers, Mr. David O’Connell.  I do credit him for much of my delight in reading because when he taught on a book he taught with passion.  I may never have learned much about diagramming a sentence, but I did learn that books could take you anywhere.  I also learned being passionate about reading didn’t make you different.  Mr. O’Connell was the football coach, and he had his feet firmly planted in two worlds, sports and literature, I never thought the two could be united, but he did it.

So books help me find my way through some of the hardest paths that this journey toward health has put me on.  I can draw on Dorothy and Frodo and many others to gain the belief that that hard things can be done.  In looking at a story I can see myself in it and I identify with it and the story becomes part of who I am.  I also find that in helping others I can draw references from story after story to help shed light on their paths.  It is wonderful what a good story can do to transform ourselves and others.  In the film version of Shadowlands one of the characters states that “We read to find we are not alone.”  This is a great truth.

I was going to go through a couple of books that hit the mark in helping me and how and why, but I have changed my mind.  Instead I am going to list books that I feel should be read and let them teach you the lessons that they have for you.  NOTE.  It is cheating to watch a film version of anything except those books that are plays.  One does not simply read Shakespeare, one must experience him onstage or screen as his work is only complete when it is performed.

Here is the list, A Christmas Carol, Charlie and the Chocolate Factory, Hamlet, Alice in Wonderland, The Hobbit, The Lord of the Rings, The Secret Garden, The Shell Seekers, The Harry Potter series, The Berlgariad, The Wind in the Willows, Sherlock Holmes, My Side of the Mountain, Peter Pan, Tom Sawyer, The Stories of Damon Runion, Anna and the King of Siam, Little Women, The Chronicles of Narnia, The Once and Future King, All Things Bright and Beautiful, And The There were None, Grimm’s Fairy Tales, The Stories of Hans Christian Anderson, The Phantom Tollbooth, 101 Dalmatians, John Son of Thunder, Greek and Norse Mythology and perhaps the most important book of all, if you believe in God or not, The Bible, yes the whole thing.  Most of our society is based on it’s pages it is worth the time to read.

I think that is enough to get you started.  If you have a book that I have not mentioned that has influenced your life, of if you have a story about reading something I have mentioned, please leave a comment here or on the Facebook page that you found the link to this column on.  I would love to know what you are reading and, or what, has helped mold or shape you.