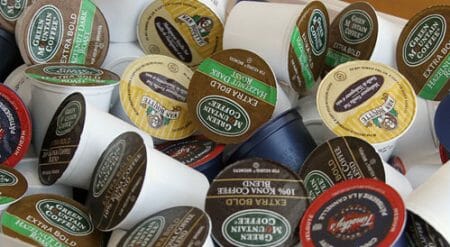 (PCM) K-Cups inventor John Sylvan has made a very interesting confession saying that there are times that he regrets his incredibly popular invention.

When Sylvan first envisioned the product, he thought about the invention of single-brew cup like pouches that would be most used in office type environments for people who were looking for different brews. He never dreamed that the K-Cups invention would take off like it did and now a Keurig brewer is pretty much a staple in residential homes all over the world.

The reason that Sylvan often times regrets his invention is the fact that the K-Cups are not recyclable and are therefor not very environmentally friendly.  Sylvan sold his company for $50,000 back in 1997 and at the time tried to tell the buyers how to fix the issue, but claims they didn’t want to hear it.

He goes on to reveal that he even designed reusable K-Cups, but his idea and design was shot down by Keurig.  Keurig, themselves, have addressed the issue of creating a more environmentally friend K-Cup and plan to manufacture all K-Cups out of recyclable material by the year 2020.