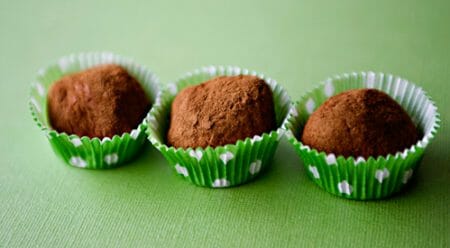 (PCM) Living in the the northeast region of the country, Irish Potato Candy is a staple on store shelves to gear everyone up for St. Patrick’s Day around this time of year. However, after speaking with my father who resides in Florida earlier today, he mentioned that down that way they were no where to be found and when he requested them in the store he was give quite a few strange looks.

I learned quickly that there are many areas in the country that have never heard of these delicious Irish treats, as the main distributor O’Ryan’s is located in Boothwyn, Pennsylvania. O’Ryan’s claims to ship out over 80,000 pounds to major chain stores and candy shops around the Philadelphia area. See’s Candies out of San Francisco, California also makes a version of Irish Potato Candy however their version is dusted with cocoa rather than the traditional cinnamon used by O’Ryan’s.

If you are looking to get your hands on this sweet treat this St. Patrick’s Day, fear not, because the recipe is incredibly simple and doesn’t even require the use of an oven.

Here’s what you do:

(Be sure to use regular cream cheese not the reduced fat or whipped type)
1. In a large bowl, cream together the butter and the cream cheese
2. Add in the vanilla extract and confectioner’s sugar
3. Beat until mixture forms a ball
4. Stir in coconut with a spoon
5. Roll the mixture between your hands to form small potato-shaped candies or just roll into small balls.
6. Place the cinnamon in a shallow dish and roll the balls around in it
7. Place the balls on a cookie sheet and chill for 1 hour or until firm
8. If you prefer more cinnamon, you can roll the ball again in cinnamon after they have chilled.

(Note: The balls can also be dipped into melted chocolate to make Easter eggs as well using the same recipe)