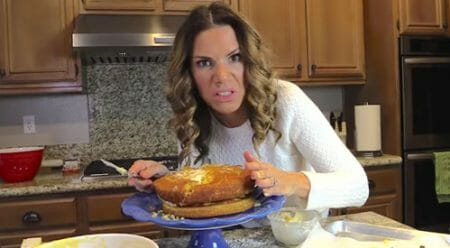 (PCM) YouTuber mom Kristina Kuzmic is drumming a lot of viral buzz with her hilarious video about just how to “fake your perfect life on social media”! Ever since social media became all the rage, people began suffering from depression and other mental disorders caused by constantly comparing their lives to the lives of others on various social media platforms.

As it turns out, a lot of what we see on people’s social media feeds is nothing more that perceived perfection and much of it isn’t real at all. As Kuzmic shows in her hilarious spoof, many aspects of the so-called “perfect life” can be easily faked and she is here to show us how!

Kuzmic showcases everything from selfie etiquette to cooking and decorating tips. She jokes about getting rid of negativity in your life by not having any real-life friends at all and always making sure that social media takes the top priority.

Check out the hilarious (and scarily truthful) video below: