My Journey To Health, Superheroes 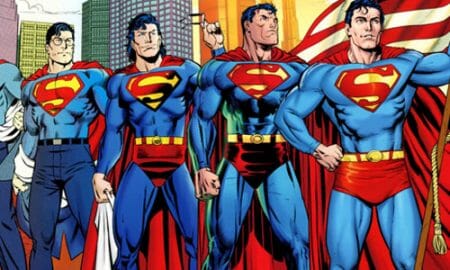 I am a superhero geek.  The best way to start anything is to lead with the truth.  I was going to say Comic Book geek, but as Superheroes have entered into the realm of all types of entertainment my geekdom cannot limit itself to Comic Books alone.  Between us a guilty pleasure is Archie Comics.

Last week I posed a question on a Facebook page that is private and devoted to Marvel’s Agent’s Of Shield.  The question went something like this; does anyone else think that rating the next Wolverine Movie R is a bad idea?  I asked this question because Deadpool, being rated R, had caused some issues in at least one family I knew of and because little kids, who love Wolverine would be unable to attend.  It caused quite the backlash.

I actually had an even number of people who thought it should not be rated R and those who thought it should.  The problem was the folks who agreed with me only liked the post, those who did not agree with went on tell me in uncertain terms why the film should be Rated R.  I battled alone for the day and then took the post down.

Now why is this a health issue?  The answer is pretty simple.  I believe that the best heroes are the ones we can aspire to become.  I don’t mean that I want super powers, though that would be awesome, I mean from a moral compass our superheroes should be good.

I saw Deadpool opening day.  I would go so far to say that, as a movie, it was OK.  The action scenes were good and I liked the sci-fi plot but I could have done without the constant use of bad language and the gratuitous sex scenes and sexual banter.  Now I understand that this is who Deadpool is in his own comic magazine and so it is the way he should be portrayed, I have no argument on that point.  However doing the same thing with Wolverine is wrong.

Wolverine has become overtly violent in the last decade or so.  He definitely started as an anti-hero but there was no language and no blood.  Even today a bloody scene runs a couple of comic book page panels.  In a movie it would be moving dismemberment with flying blood and it makes it different.

Also the kids have a right to want to see the film.  All of the merchandise for the film is going to be available at Target and Toys R Us.  So the message is buy the stuff but you can’t see the film.

To this point, I was answered that a parent should just say that the movie isn’t for their child and that should be it.  But it won’t work out that way as the child goes to the toy store and is reminded regularly what is unavailable to them.

In many ways none of the above is my main argument.  My main argument is simply this, we should not become a society that glories in bad language and the need to see blood.  This behavior is not new; we know it existed in ancient Rome.  For some reason people like to see people get slaughtered.  In Rome they did it for real and now its special effects but the core desire in the viewer is no different.

I love Superheroes.  I love Superman the most; He espouses ideals that I am totally in line with.  Don’t kill, be Kind, do good, be loyal these are the things I see in him. The things I would like to emulate.  Spiderman is the same; he wants to do the right thing.  Captain America is in the same line of heroes knowing the difference between good and evil and not blurring the lines and never saying the end justifies the means.  In the long run no good comes from an evil act.

And one last note.  Stan Lee’s cameo as a strip club announcer in the Deadpool film was appalling.  As a 12 year old I loved Stan.  He made reading Marvel Comics fun.  Now I am truly disappointed in a man I used to respect.

Now how does this affect my health.  Those who read this column regularly are aware that I suffer from chronic severe depression.  This has been an ongoing problem for almost 30 years.  What movies I watch what music I listen to and what TV shows I follow all play a part in how my emotional issues manifest themselves.  In other words negative in negative out.

I have found that there are many movies and TV shows I should stay away from.  Those movies and TV shows that have a hopeless or pain filled ending or theme I need to avoid.  Comedy’s that make fun of things that I think are important I avoid.  The Simpson’s has been on for 20 years.  I watched one episode and that was enough.  South Park I won’t touch at all.

This isn’t because I am a prude or not realistic.  I loved Law and Order and most court based drama I find fascinating.  CSI is great too.  The X Files was wonderful.  I watch How To Commit a Murder and though I thought it was bit over the top I enjoyed Jessica Jones, though I found her hardness a surprise as I only knew her from The New Avenger’s and she was portrayed as sweet in that comic book, and Wolverine was more obnoxious than violent.

Yes I want wholesome entertainment back.  Sue me.  I want to look up to my fictional heroes and I want the good guys to win.  And I want the good guys to be good.  I don’t want them perfect, just good.  I know I am not everyone else and I don’t claim to be.  But for me superheroes live in a bright primary color world where good always triumphs over evil and the hero takes highest ground possible.  This will not only helps the mind but the souls as well.

End note.  After completing this column I read that Warner Borthers is looking for an R rating on Superman Vs Batman.  This was announced after a video for the upcoming film featuring Henry Cavall interviewing children about the film was released to Facebook.

This entry was posted in Lifestyle, Wellness