Subway Announces The End Of Their $5 Footlong Promotion 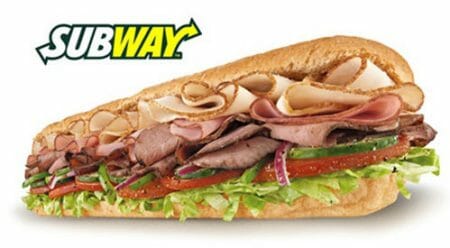 While the raise in price by a dollar may not seem like that much to some, for many each and every dollar counts and it could mean the difference of choosing an alternative restaurant to grab lunch.  While Subway, themselves, have not yet commented on the footlong price hike, only making the initial announcement, many speculate that the company has continued to see a decline in sales due to the recent underage sex scandal by former company spokesman Jared Fogle.

Fogle was sentenced to 15 years in prison and despite the fact that he was only the Subway spokesman from 2000 to 2008, consumers still strongly associate him with the brand. Subway has made great attempt to distance themselves from the Fogle PR scandal, however it seems that there is still a connection. The company has recently begun a brand new ad campaign which they have titled “Founders”.