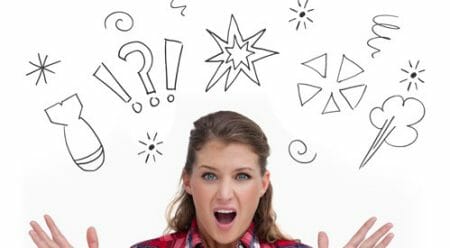 (PCM) A new study was recently published in the Social Psychological and Personality Science journal that appears to prove that the more someone uses swear words the more honest and transparent they are as a person. The researchers used three different experiments on participants to assist with determining a solid relationship between swearing and honesty.

The three experiments were conducted online and participants were asked to truthfully admit how often they use swear words, have their Facebook statuses analyzed, and then their entire state was looked at as a whole to determine the person’s integrity. What was very interesting was the way that the researchers were able to combine the Facebook status data with the particular state information to make a clear determination about which states swore more often and how it related to their overall ethics in general.

Guess which state curses up a storm, but is also the most honest?  Connecticut (at least according to the results of this particular study) Trust us, we would have never guessed that one either!  Overall the study shows that there is a huge correlation between cursing and a person’s level of honesty. This correlation not only stands on an individual level, but also of a sociological scale as well!

After checking out this study we were a bit curious about curse words in general and just how often people use them. It appears that the average person cusses quite a bit. About 0.7% of the words used in an average day by a person are curse words. That may not seem like a lot, but we use personal pronouns such as we, ourselves, and our just as frequently. Just give that some thought, it equals out to about 80 times per day or about three times per hour!

No need to bring out the soap … let the dirty words fly!