Your Costume Tells All 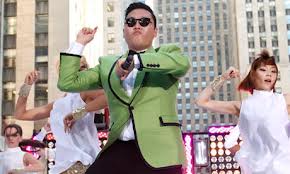 This month is Halloween. Just in case you didn’t know from the big orange pumpkins sitting on your porch or the huge spider webs that have developed around railings and bushes. Along with Halloween comes a huge eye opener. For some reason, costumes help us see not only what was popular in the past year, but also reminds us of some great childhood memories.

The next time you go out to a Halloween party or a bar during October, take a mental note of all the outfits you see. Some will make you laugh from their current cultural relevance, others will make you smile from a “remember when” idea. This year, I know a lot of people will be dressing up like Gangnam Style. This Korean pop song became so popular on YouTube, that it now gets played regularly on the radio. I don’t mind, because it is so catchy. However, fast forward a few years from now and no one is going to dress like him. It gives you a only snapshot of what happened this year.

Some other examples of these one-hit Halloween outfits are Flavor Flave and the Jersey Shore cast. I remember in my college days, Flavor of Love was extremely popular. His show was out and people loved to make fun of his big clock necklace in their outfits. People in the streets would scream, “Flavor… FLAVE,” when impersonators walked by. Now? That outfit is so five years ago.

Along those same lines is the Jersey Shore cast. Now that they are in their final season of the show, I am sure this will be the final Halloween season that I will see people dress like Snooki or Pauly D. In five years from now I am sure no one will rock a blow-out or poof as it will be so overdone and so not relevant.

There are costume ideas that represent the here and now, and then there are those that are a blast from the past. I can let you in on a secret, my boyfriend and his four friends will be the Backstreet Boys. No one has forgotten them and I hear their songs on the radio from time to time, but actually seeing people replicate the boy band will have girls screaming. The reason why the outfit will be so great is because all of us lived through that era. It will bring back nostalgic memories of a time where we used gel pens and bartered our beanie babies.

My friends are also dressing up as Quailman, Doug Funny, and Patty Mayonnaise from the 90s Nickelodeon show Doug. Along the line of 90s TV show, I will be impersonating Kelly Kapowski from Saved by the Bell. I wish I could get people to be my Zack Morris and Jessi Spano, but I guess I will survive.

The dynamics of picking Halloween costumes go far beyond what is sexy or manly. Heck, I could probably write an entire  about the psychology of outfit ideas. However, I am sure you have places to be and costumes to create!

This entry was posted in Halloween, Lifestyle