My Journey To Health – Injury 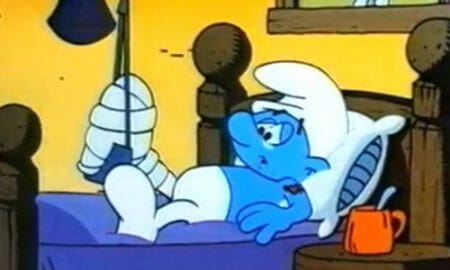 Being obsessive compulsive is no fun at all. In fact it can be bad enough to cause an injury.  It is a constant battle to stop yourself from doing spur of the moment things as well as stopping yourself from doing things that feel you shouldn’t stop at all.

For a bad example of this behavior, I am going to tell you about the last trip I took to the Super Market.  First I had no plans to go to the market at all, but I thought than since I was passing it and it was snowing why not?  I got into the market and planned on buying a few things, milk, spreadable butter, whipped cream cheese, and at least one bag of raw spinach for salads.  Now on the plus side I added strawberries, as they were on sale.  On the negative side I passed the end cap where the DVDs are kept saw one scooped it up and bought it.  I can almost never go into any store without coming out with something I do not need.  This is compulsive.

As for obsessive, there really is too many things I can get obsessed with.  I was obsessed with GLEE and if I get the urge will rewatch the whole series.  I will literally watch non-stop.  I am definitely obsessed with Downton Abbey, Arrow, Flash, The Lord of the Rings and Doctor Who.  I am not only obsessed with the shows, but the awesome memorabilia and toys that go along with the shows.  My apartment is a museum of Pop-Culture.  When I get comments on this, my friends will remind me of the things I have not put on this list.

Now compulsive, for the most part, is bad and can’t really be used as a tool for helping with your life.  Obsessive, however, can be taken advantage of.  I have found this true with weight loss and exercise.  If I become obsessed with the idea of weight loss I can usually make great strides in accomplishing what I need to do.  The problem has been that not long after I take off the weight I can become obsessed with cherry pie, McDonald’s, Wendy’s or Burger King and the weight returns.  Lately the compulsion has been exercise, but that too, though good, can be dangerous.

As has been related earlier I started walking but soon after I found my phone has an app that tells you how many steps to take during the day to lose weight.  Mine is somewhere over 7000 steps and the app keeps track.  I love this.  Walking became an obsession alongside meeting the total number of steps required.  I made plans on how to accomplish this and make it interesting.  Then the injury happened.

It wasn’t another fall, and it may not really be an injury per say, but it is a hole in my foot and I don’t know what else to call it.

I have extremely dry skin on my feet as well as no feeling in them for the most part.  Occasionally the dry skin will crack and cause what looks like a cut about an inch long on the bottom of my foot.  Normally I make sure I use medicated cream and keep it covered, as well as staying off of it as much as possible, and it usually heals in less than 48 hours, but not this time.

This time I used iodine and the cream and I kept it covered but I didn’t stop walking.  The obsession kicked in and I kept going.  This is where it got bad.  The cut did not heal at all; in fact it got deeper and more painful.  But I still didn’t stop.  It was finally the other day when I looked at it and thought that it looked infected that I did stop the walking.

If I had stopped when the cut first appeared it would have taken 24 hours or so to heal.  Now it has been two days and, though it no longer looks infected, it still hurts to walk on.

There is a moral to this story.  If you find yourself injured don’t just keep going.  You will end up doing yourself more harm than good.  Get yourself taken care of and give yourself time to heal.  The food changes remain the same during this journey to health, but the exercise stops.  Stopping the exercise until you are healed does not make you a quitter, it simply makes you wise.

So now I am still eating better and making other changes that are needed, but for another couple of days I am out of the game.  If I had taken care of myself sooner I would have been back in the game a lot sooner.

Now, excuse me, I need to go watch another episode of Doctor Who Season Six.