The Oddest Beverage Of The 90’s, Zima, Is Making A Comeback! 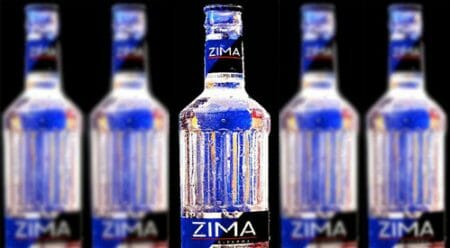 (PCM) Children of the 90’s generation can rejoice as their malt beverage of choice, Zima, will be making a comeback very soon! The citrus-flavored malt liquor beverage was incredibly popular given it’s clever ad campaign in the early 90’s, however after some changes were made to Zima’s initial formula, it eventually made it’s way to the retirement heap, but not for long!

Zima will be coming back for a limited time only, but we assume that if the popularity soars again then it will be offered once again for a longer period of time.  According to a MillerCoors spokesperson, the Zima has already been manufactured and sent out to distribution warehouses.

Despite being taken off the market in the U.S. in the late 90’s, Zima still remained a popular beverage of choice in Japan where it has been consistently available.  With the help of Eater.com, we have gathered a few fun facts about Zima in anticipation for it’s upcoming relaunch .

Will you be running out to grab some Zima and a bit of 90’s nostalgia?